Most heat pumps and air conditioners manufactured prior to 2010 use refrigerant 22 (also known as Freon 22, R22, R-22, F-22, HCFC 22) as the coolant. It is an HCFC compound comprised of several basic chemicals, monochlorodiflouromethane. It has been widely used in the United States and around the world for HVAC and refrigeration applications since the 1960's. It was very safe and very affordable. 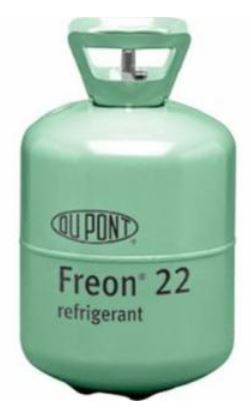 As far back as the 1970's scientists determined that some of the chemicals used in this refrigerant have a damaging effect on the ozone layer of our planet. The depletion is reportedly very substantial and so a plan was devised in 1987, a collaborative effort by many nations, that among other things included a mandate to eventually stop using R-22 (HCFC refrigerants) altogether, along with CFC refrigerants such as R-12. A phase-out schedule was developed that mandated new types of ozone-friendly refrigerants be used in the future instead. That plan has been slowly implemented over the years and now the end of the phase-out schedule is finally upon us.


Air conditioners and heat pumps manufactured after January 1, 2010 use a new HFC refrigerant called R-410A. It has a zero ozone depletion potential, but it is however a greenhouse gas, so it isn't entirely environmentally friendly, but much more friendly than R-22. It is also considerably cheaper! 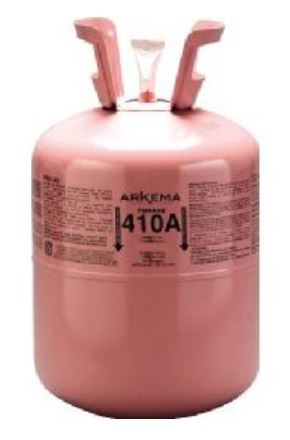 R-22 will no longer be manufactured or imported into the USA after January 1, 2020. This of course imposes a considerable hardship for people who still have a refrigerant 22 system and eventually may need a recharge. The availability of the refrigerant will be likely eventually become extremely low and the price will be extremely high (basic laws of supply and demand) in the future. There has been considerable misinformation publicized lately that is misleading and dishonest regarding the availability of freon 22. Some companies are telling their customers that this freon has been outlawed and they should replace their system immediately. The freon has NOT been outlawed! The only thing that has been outlawed is the importation or manufacture of new refrigerant. Existing stockpiles are still very much legal to be sold and used, as well as salvaged freon from old systems may also be reclaimed and reused as many times as possible. In our opinion, freon 22 may be available at reasonable prices for many years after the 2020 date.

Even if there eventually is a shortage and price spike on Freon 22, there are alternative options thankfully. While you must put the correct refrigerant into a system if available (if it is designed for R-22 then it must only use R-22, for example) and you cannot mix refrigerants, they have developed substitutes for R-22, more than a dozen of them actually. In order to use a substitute, all of the old R-22 must be recovered from the system and then it can be recharged with the substitute. Unfortunately use of a substitute refrigerant voids most manufacturer warranties, however there will not be very many systems still in their 10 year warranty beyond the 2020 deadline, since 2010 was the last date of manufacture permissible by law and they were only allowed to sell existing inventories after that date. The other downside to the use of a substitute refrigerant is that it changes the performance characteristics of the heat pump or air conditioner slightly. Generally it reduces the capacity by 5 to 10%, which means the system will run longer to give the same level of cooling or heating. It does however still make it feasible to service an R-22 system when refrigerant isn't available or the cost is prohibitive. A substitute refrigerant may not be the best solution, but it is at least one option to keep a system in service without having to replace it with a new one.